The Ventura County District Attorney's website has been translated for your convenience using translation software powered by Google Translate. Reasonable efforts have been made to provide an accurate translation, however, no automated translation is perfect nor is it intended to replace human translators. Translations are provided as a service to users of the Ventura County District Attorney's website, and are provided "as is." No warranty of any kind, either expressed or implied, is made as to the accuracy, reliability, or correctness of any translations made from English into any other language. Some content (such as images, videos, etc.) may not be accurately translated due to the limitations of the translation software.

The official text is the English version of the website. Any discrepancies or differences created in the translation are not binding and have no legal effect for compliance or enforcement purposes. If any questions arise related to the accuracy of the information contained in the translated website, please refer to the English version of the website which is the official version. 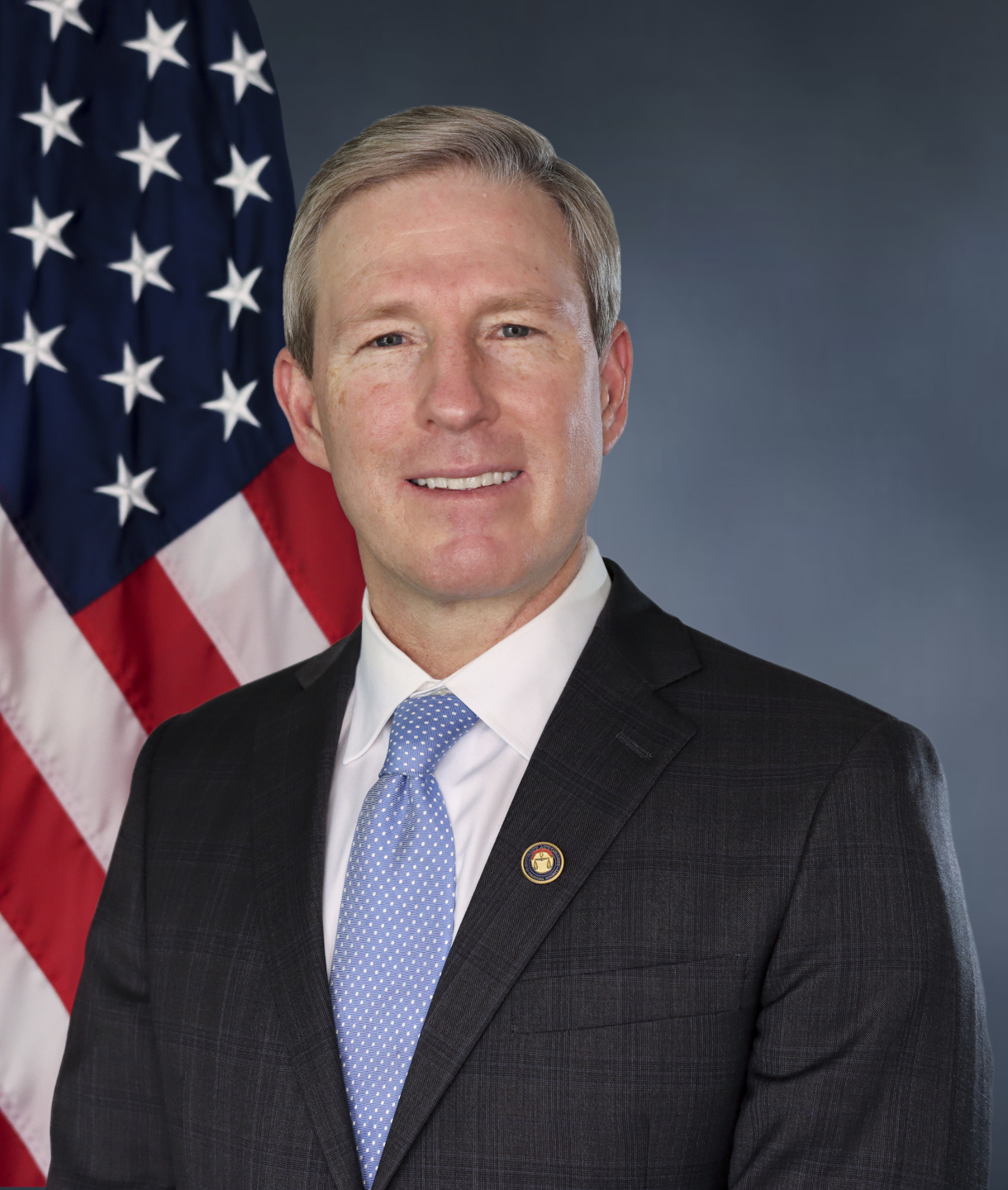 Prior to his appointment, Mr. Nasarenko served and protected Ventura County as a Senior Deputy District Attorney, where he secured jury trial convictions against defendants for child molestation, rape, kidnapping and murder. Mr. Nasarenko was named Prosecutor of the Year in 2016 by the Ventura County District Attorney for his advocacy on behalf of children, women, and sexual assault victims. His prosecutorial efforts have resulted in multiple convictions of life imprisonment against some of Ventura County’s worst sexual predators.

Mr. Nasarenko began his career as a Ventura County prosecutor in 2008 and has worked in several different assignments, including misdemeanors, general felonies, serious and violent crimes, DUI-based offenses, domestic violence, child abuse and sexual assault. He has taken more than 60 jury trials to verdict.

Mr. Nasarenko also served as the District Attorney’s representative to Homeless Court, where he visited the Samaritan Center, Salvation Army and Rescue Mission shelters to help rehabilitate our homeless population by dismissing infractions and low-level misdemeanors in exchange for community service and successful completion of drug and alcohol programs. These dismissals enabled individuals to get back on their feet without being burdened by ongoing court fees, license suspensions and the heavy weight of a criminal conviction.

In addition to his prosecutorial responsibilities, Mr. Nasarenko served on the Ventura City Council from 2013 to 2021, where he oversaw a $300 million budget and 650 employees as Mayor, Deputy Mayor and Councilmember.

The son of Ukrainian immigrants who fled the Soviet Union during World War II, Mr. Nasarenko was raised in the San Fernando Valley. His father is a retired aeronautical engineer and his mother a retired history teacher. Mr. Nasarenko graduated from the University of California, Irvine, where he studied history and played intercollegiate soccer. He attended Loyola Law School at night while working in public education during the day.

Mr. Nasarenko is married and has two school-age children. He and his wife of 22 years, Julia, a former elementary school teacher, are ongoing season subscribers of Ventura’s Rubicon Theatre Company and supporters of the Ventura Education Partnership, which provides grants to Ventura Unified School District teachers. 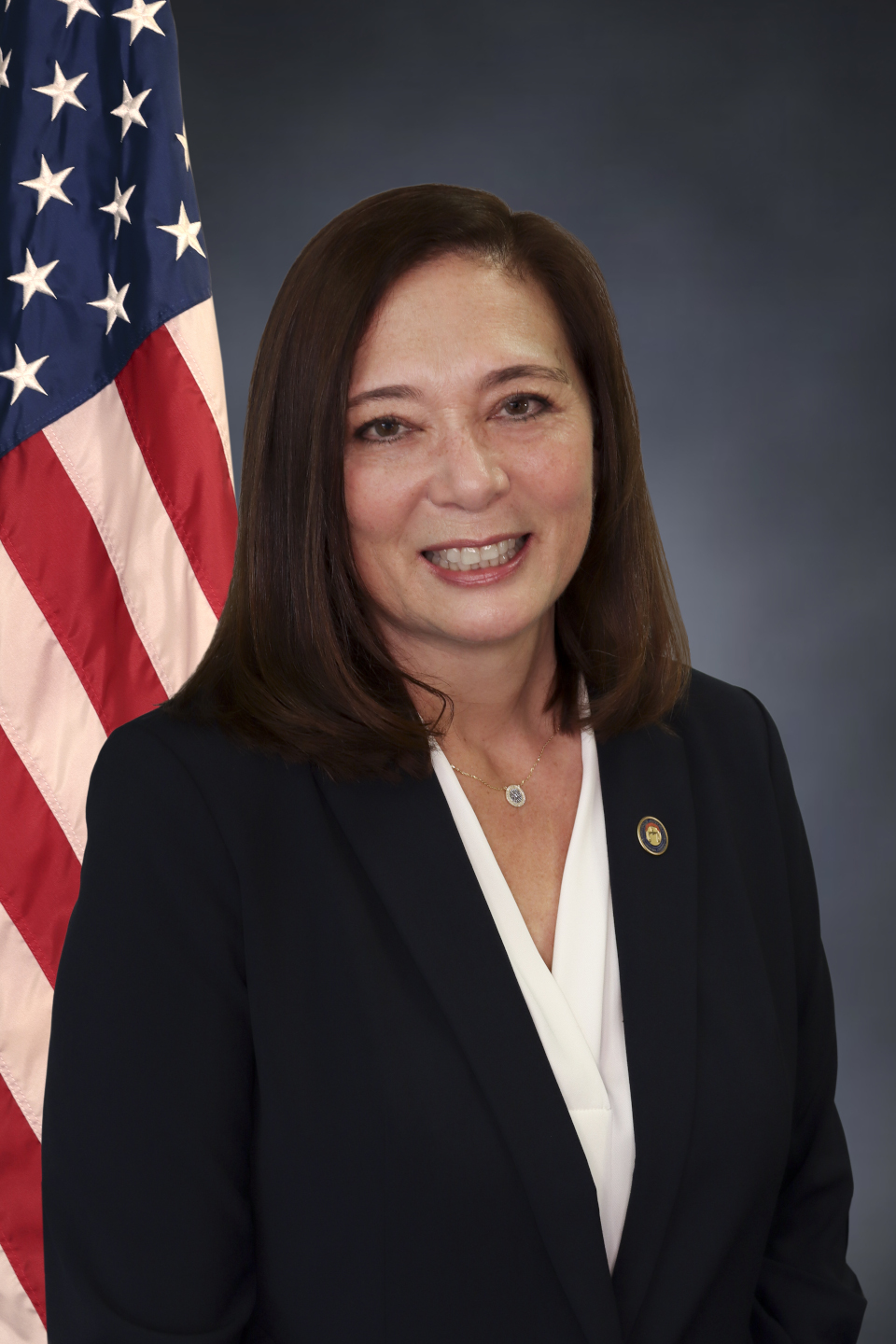 Ms. Lyytikainen joined the Ventura County District Attorney’s Office in 1996. She began her career prosecuting misdemeanor cases. She then moved to assignments in the general felonies, gang crimes, domestic violence, and sexual assault units. From 2002 to 2004, she supervised the Sexual Assault, Domestic Violence and Elder Abuse units and was a member of the California District Attorney’s Association Sexual Assault committee, as well as the Ventura County Sexual Assault task force. In 2005, Ms. Lyytikainen returned to trial work where she again focused on sexual assault crimes and child abuse cases.

In 2007, Ms. Lyytikainen joined the Writs, Appeals and Training Unit where she handled cases in Superior Court, Federal Court, the Court of Appeal, and successfully argued before the California Supreme Court in the matter of People v. Calvin Sharp. In this assignment she was also responsible for the office’s continuing education, new attorney and post-bar law clerk training programs. In addition to training internal staff, Ms. Lyytikainen became a POST certified basic academy instructor. She has been a regular instructor for the Ventura Criminal Justice Training Center since 2007, where she has taught Evidence, Search and Seizure and Courtroom Demeanor to hundreds of law enforcement recruits. She served in this capacity until February 2021.

Ms. Lyytikainen received her undergraduate degree in 1988 from the University of Southern California, her Juris Doctorate degree in 1995 and a Master’s degree in Criminal Justice in 2021. 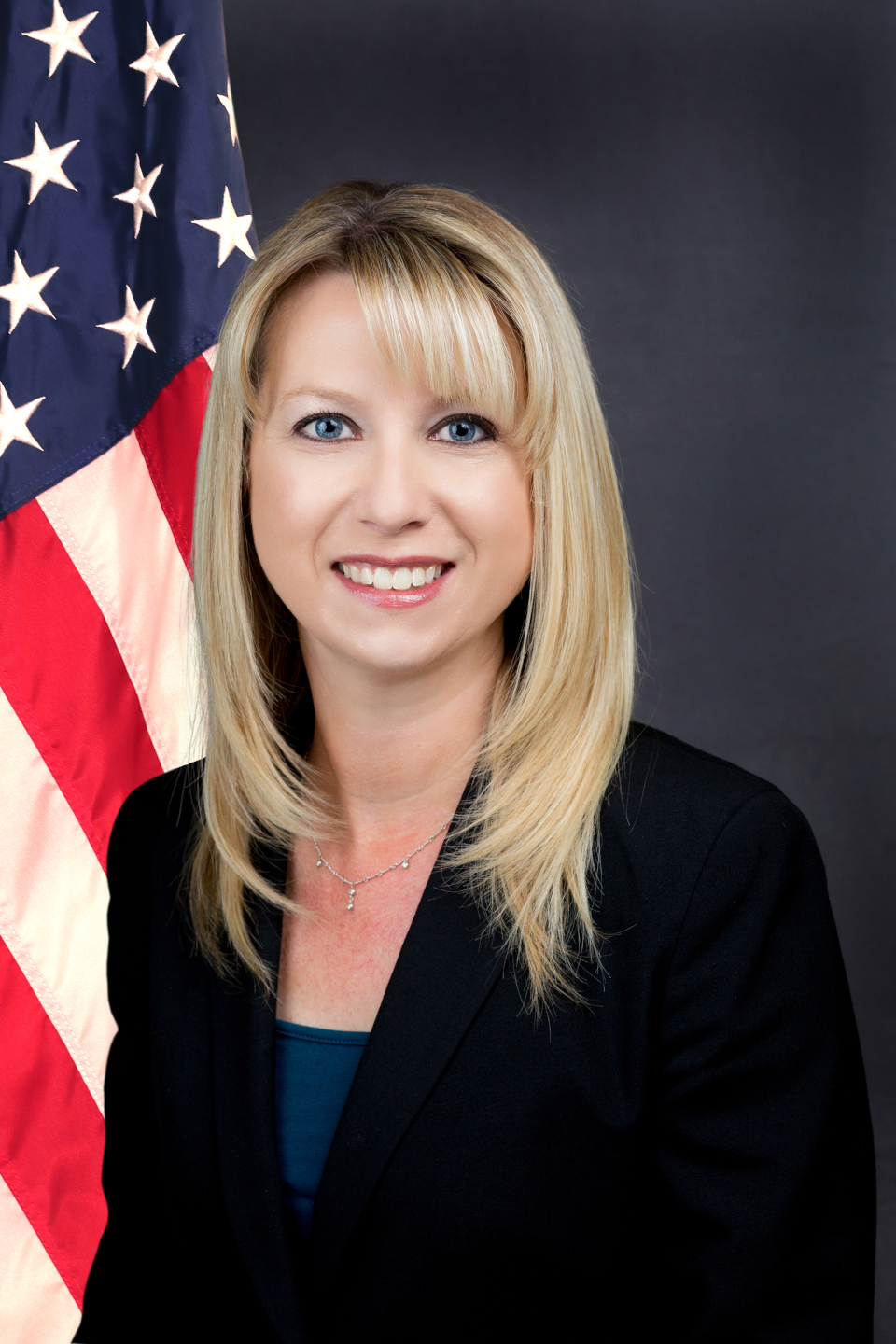 Rachelle Dean received her Bachelor of Arts degree in Philosophy from California State University, Fresno in 1997, and her Juris Doctorate from Pepperdine University School of Law in 2000.

Recognizing that the criminal process is often long and challenging to victims, Ms. Dean has sought ways to improve the process. A life-long dog lover, she initiated the Courthouse Facility Dog Program for this office in June 2020. The Ventura County District Attorney’s Office facility dogs, Star, Trakr, and Comet, provide support to victims and witnesses of the criminal justice system by assisting prosecutors in the investigation and prosecution of crimes. 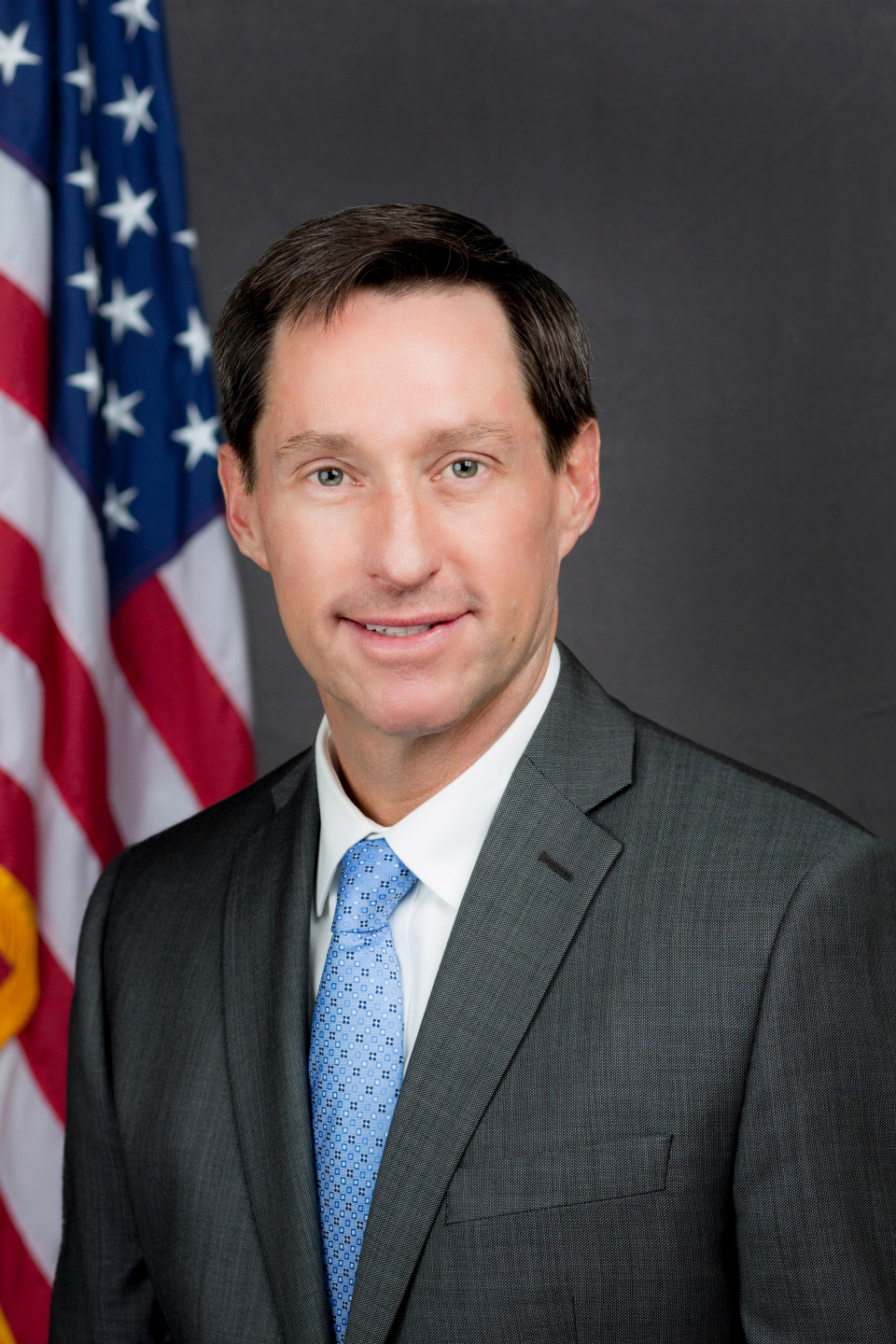 Kevin Drescher is a sixth-generation Californian, born and raised in Ventura. Mr. Drescher received his Bachelor of Arts degree in History and Thematic Minor in “Mexico Today” from Colorado College in 1991. At Colorado College he was a two-time Team Captain and MVP of the Varsity Baseball Team. In 1994, he received his Juris Doctorate from Pepperdine University School of Law and was admitted to the California State Bar. He was subsequently admitted to the Colorado State Bar in 1997.

Mr. Drescher joined the Ventura County District Attorney’s Office in 1994 and has been assigned to misdemeanors; domestic violence cases; writs, appeals and training; homicides; general felonies, serious and violent felonies and auto insurance fraud. Mr. Drescher handled and tried some of the most serious cases in the office, from capital murder to vehicular manslaughter. In 2000, he was promoted to the position of Senior Attorney. In April 2008, Mr. Drescher was promoted to Supervising Senior Deputy District Attorney. He has supervised the Major Fraud Unit, the General Felony Unit, and the Court Operations Unit. 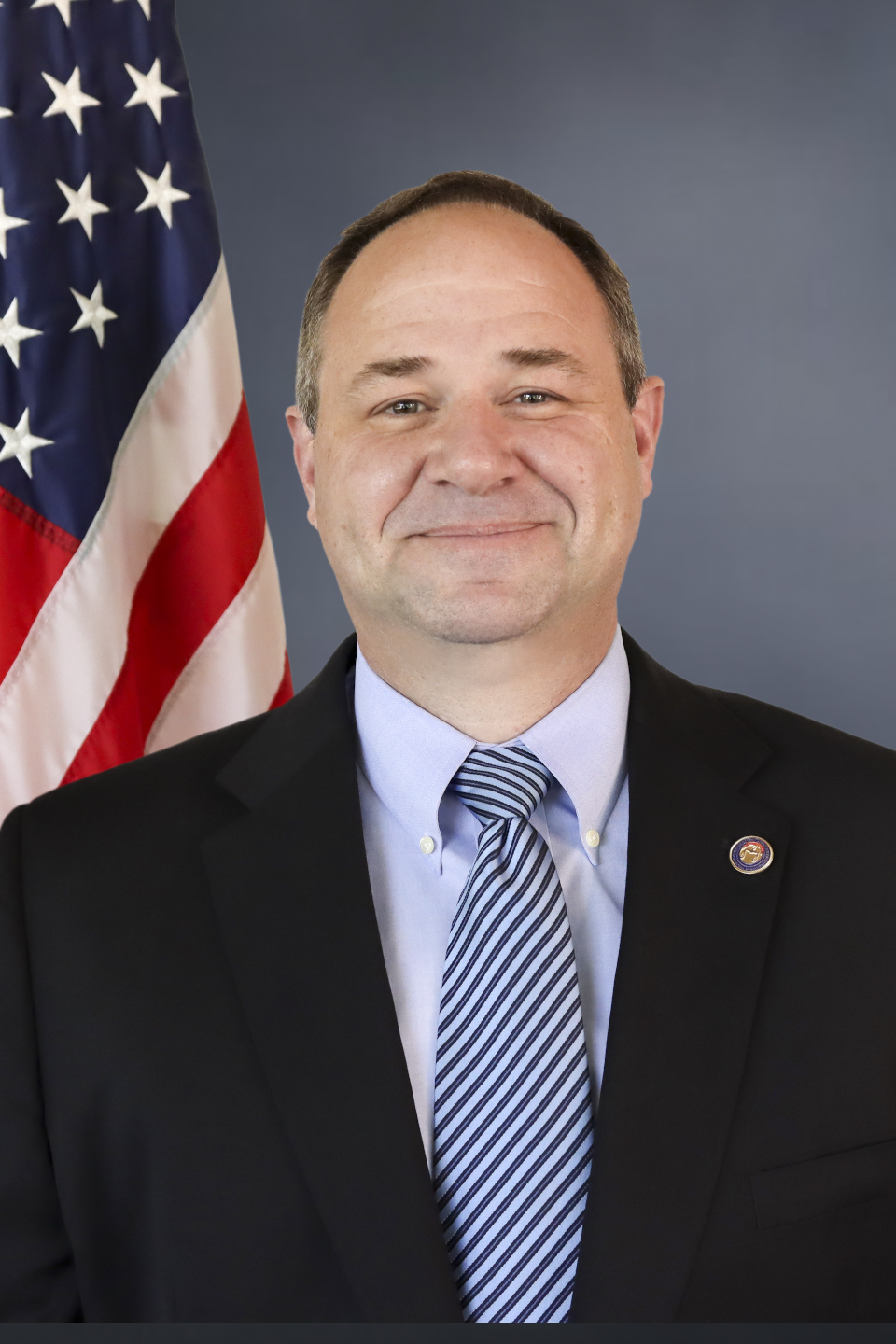 In 2000, Mr. Jump joined the District Attorney’s Office as a grant writer, securing tens of millions of dollars in competitive grants for the District Attorney’s Office and helping to establish the Safe Harbor multidisciplinary interview centers, which provide trauma-informed forensic medico-legal exams to sexual assault and child abuse victims. In 2003, Mr. Jump was sworn in as a Deputy District Attorney and served as a trial prosecutor conducting numerous preliminary hearings, misdemeanor, felony, and serious and violent felony trials.

Mr. Jump served as Director of the office’s Fiscal, Administrative and Legislative Services operations from 2006 to 2015, combining his legal and administrative skills to manage the District Attorney’s budgetary, contractual, human resources, personnel, facilities, and legislative matters.

Mr. Jump currently serves as a board member of the California Crime Victims’ Assistance Association, is chair of numerous local committees, and a member of the Community Corrections Partnership–Ventura County, representing victims’ rights and interests.

Paul Nuñez graduated from Stanford University in 1992 and earned his Juris Doctorate from UCLA School of Law in 1995.

Upon admittance to the California State Bar, Mr. Nuñez joined the Los Angeles County District Attorney’s Office. While there, he held management positions in the Hardcore Gang Division and in the East Los Angeles office. In the gang division, Mr. Nuñez oversaw a team of trial attorneys handling murder prosecutions.

As a trial attorney, Mr. Nuñez has prosecuted gang members in special circumstance murder cases and tried 26 homicides to verdict. He also served in the Justice System Integrity Division and was a member of the officer-involved shooting response team. In 2012, Mr. Nuñez successfully prosecuted People v. Stephanie Lazarus, a 1986 cold case murder. 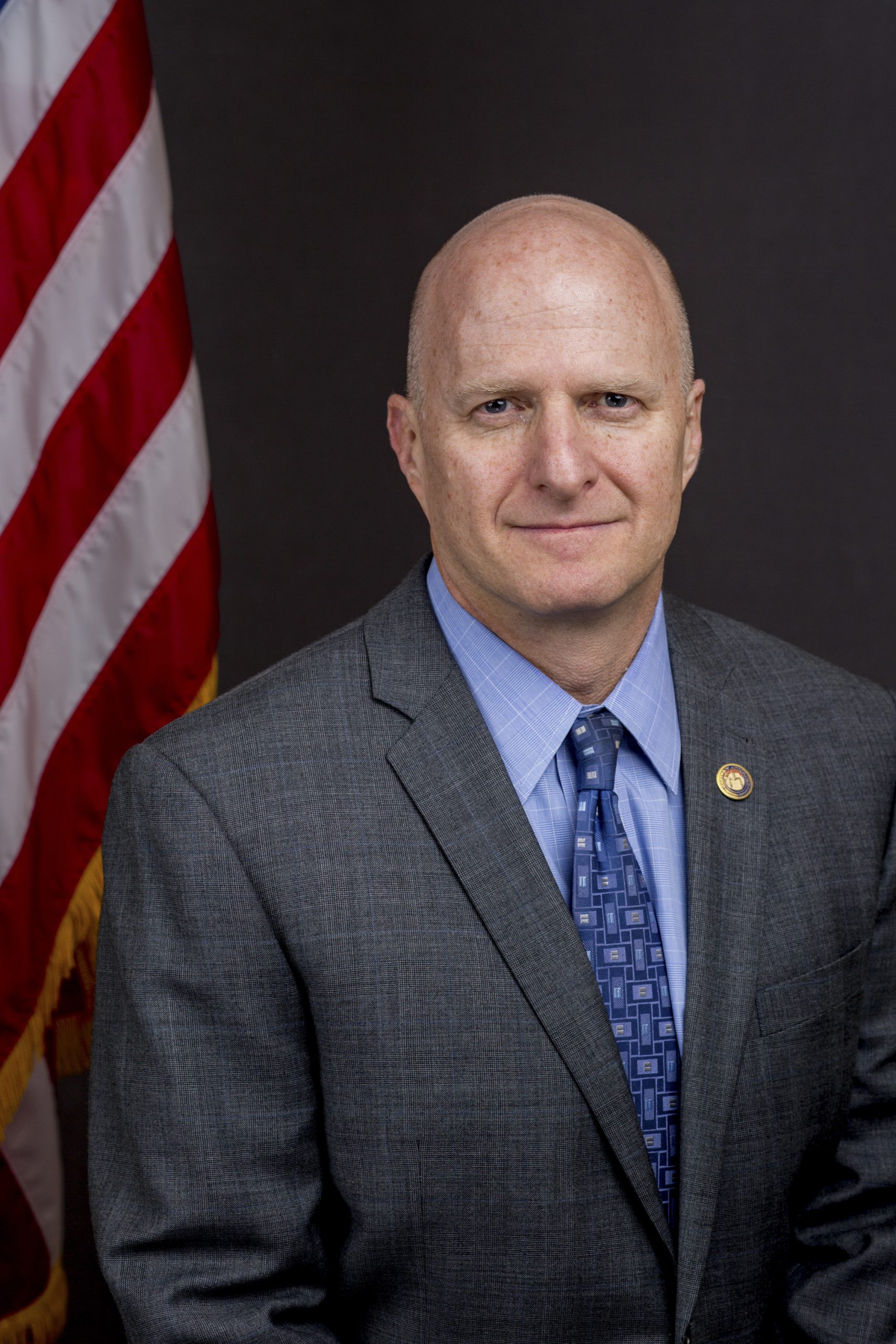 As a trial attorney, Mr. Weiss prosecuted a variety of cases, including DUI, general felonies, violent sex crimes and gang crimes. As a Senior Deputy District Attorney, Mr. Weiss has served as supervisor of the Sexual Assault/Family Protection Unit and the Juvenile Prosecution Unit. He has also been assigned to the Major Crimes Unit where he tried homicide cases.

At the direction of the District Attorney in 2005, Mr. Weiss implemented Ventura County’s Real Estate Fraud Prosecution Program. This program serves as a statewide model and has received grants totaling more than $2 million to combat real estate fraud on behalf of victims. Mr. Weiss is a founding member of the Real Estate Fraud Advisory Team (REFAT), a non-profit group of industry professionals that collaborates to reduce real estate fraud in their communities. 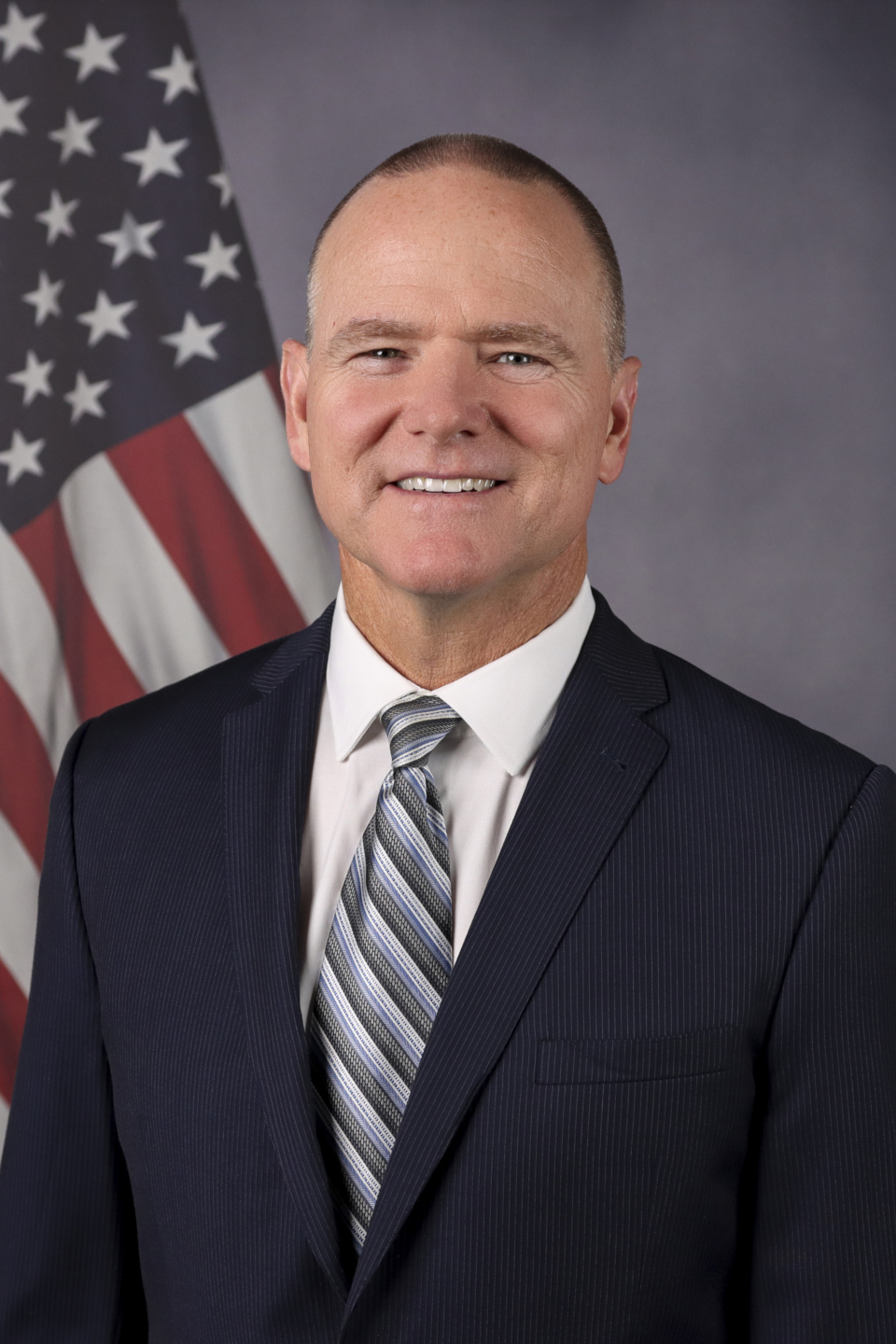 Scott Whitney joined the Ventura County District Attorney’s Office on September 13, 2022 to lead the District Attorney’s Bureau of Investigation. He previously served as police chief of Oxnard, Ventura County’s largest city, where he was a champion of community policing and neighborhood engagement. A Ventura County native who graduated from Oxnard High School, Mr. Whitney attended the University of Oregon on a football scholarship. As a scholar athlete, he earned a Bachelor of Science degree in Business Administration, with an emphasis in Finance and Accounting. He holds a Master of Public Administration from California State University Northridge and resides in Camarillo.

In addition to serving as police chief from 2016 to 2020, Mr. Whitney has a long track record of public service to Oxnard and its residents, including leadership roles as an interim and assistant city manager, where he oversaw complex budgets and managed multiple city departments. His nearly five years as police chief were marked by significant reductions in crime, the promotion of Oxnard’s first two female police commanders, and new partnerships with community organizations, including neighborhood councils, faith-based groups, and school officials.

In his 31 years with the Oxnard Police Department, Mr. Whitney served in a wide array of leadership roles. He led all three department bureaus, including Investigations, Administration and Patrol Services. As a commander, he ran the Special Operations Division, which included the SWAT Team, the Violent Crimes Task Force, the Special Enforcement Unit, as well as the K9 Unit and Firearms Training. Whitney was an advocate for vulnerable populations and was instrumental in initiating programs to de-escalate police-civilian encounters. He was one of the founders of the Ventura County Crisis Intervention Team (CIT).

Mr. Whitney has worked closely with the Ventura County District Attorney’s Office for three decades as a leader in public safety in Ventura County. He appreciates the strong culture of prosecutorial support within the Bureau of Investigation and their deep commitment to keeping our communities safe. He is excited to maintain that proud tradition while also identifying new opportunities for crime reduction and community collaboration.

In addition to providing intensive support for prosecutors both before and during jury trials, the Bureau of Investigation’s 55 sworn peace officers and 13 civilian personnel conduct investigations in a number of complex areas, including real estate, automobile and workers’ compensation fraud cases. The department also possesses specialized expertise in tackling financial and internet-based crimes, including multi-jurisdiction child pornography and human trafficking investigations.