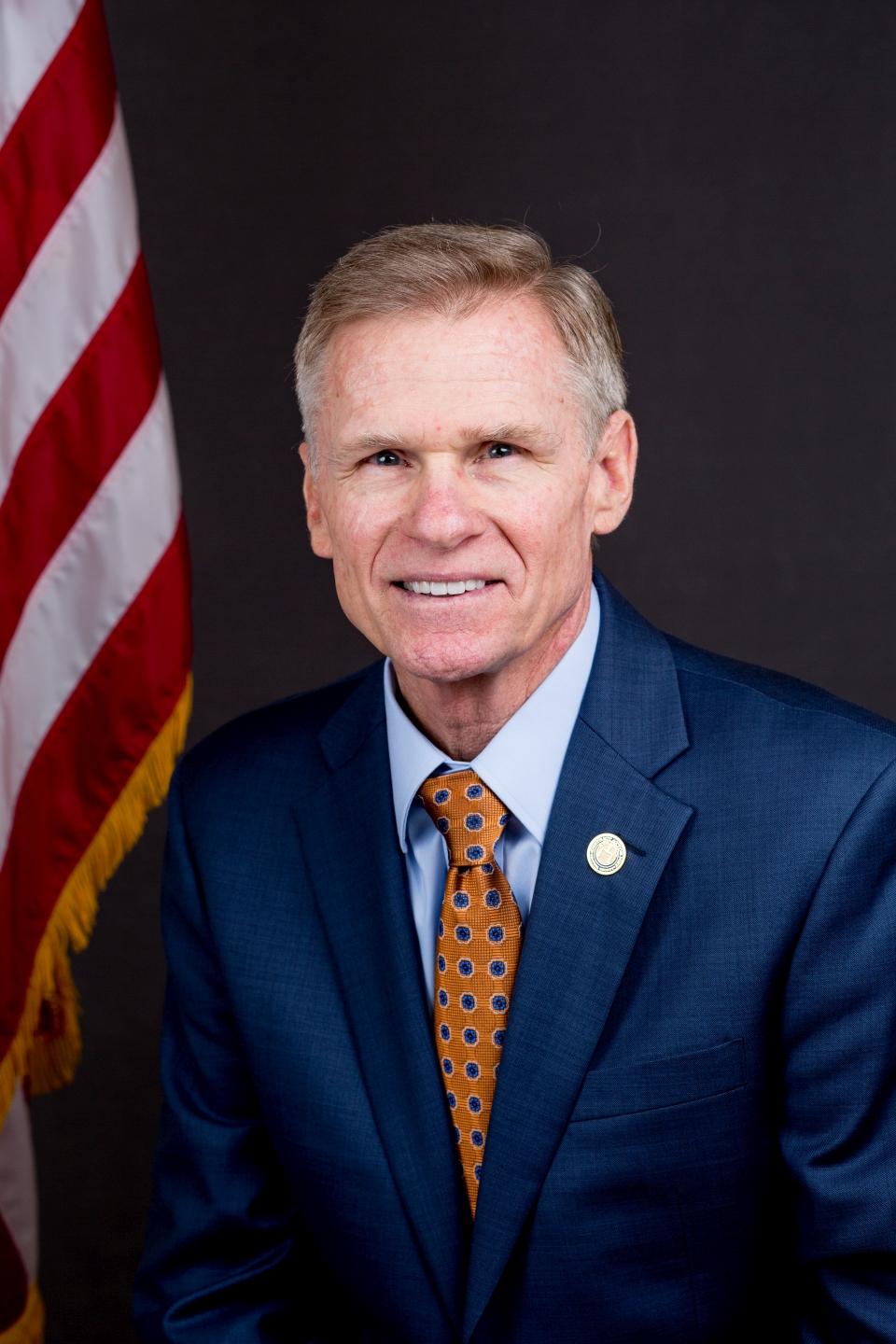 A career prosecutor, Mr. Totten joined the Ventura County District Attorney's Office in August 1982 as a law clerk. In December 1982, he was appointed a deputy district attorney. Since that time, he has held trial assignments in all office divisions. Mr. Totten also served as special assistant to the District Attorney and supervisor of the Juvenile and Felony Divisions. In 1991, Mr. Totten was co-counsel on the successful prosecution of Gregory Scott Smith who abducted, sexually assaulted, and murdered an eight-year-old boy. Mr. Smith received the death penalty for this crime. Throughout his career, Mr. Totten has worked to protect public safety and to expand the rights of crime victims.

Mr. Totten earned his bachelor's degree in economics from San Francisco State University in 1977 and his law degree from Pepperdine University School of Law in May 1982. He was admitted to the California State Bar in December 1982.

Among his professional activities, Mr. Totten serves as vice-president of the National District Attorneys Association; he is a past-president of the California District Attorneys Association and co-chairs the association's Legislation Committee. Mr. Totten also served as president of the Institute for the Advancement of Criminal Justice, and is a co-chair of the CDAA Foundation Council for Criminal Justice Integrity. He also served on the California Commission on the Fair Administration of Justice. He is a member of the Pepperdine University School of Law Board of Advisors, and other community service organizations.

Mr. Totten and his wife Irene reside in Camarillo, California. 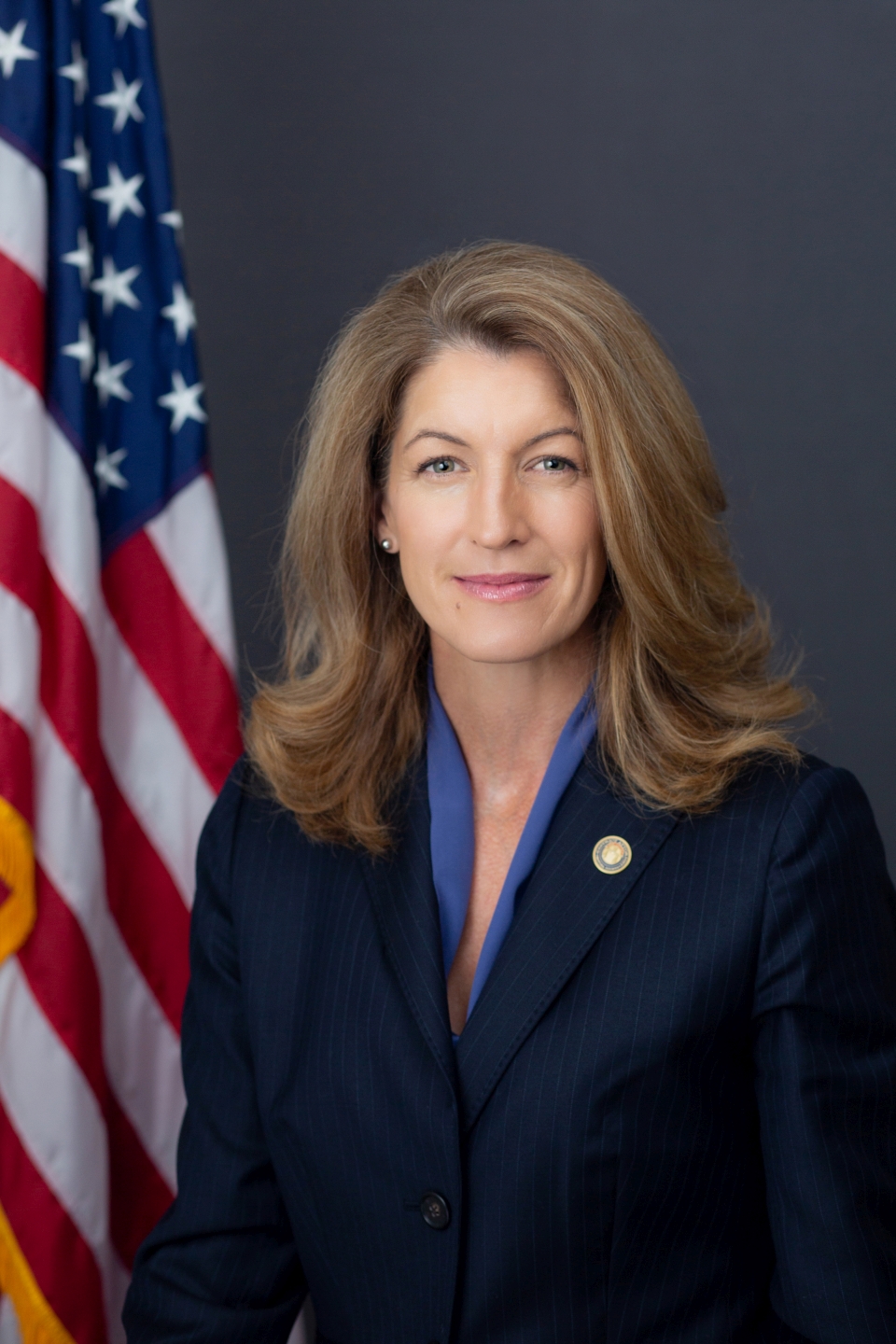 Cheryl Temple is a Southern California native, raised in Simi Valley. She graduated from the University of California at Santa Barbara in 1992, with a bachelor's degree in Law and Society with an Emphasis in Criminal Justice. She obtained her juris doctor from Southwestern University School of Law in 1997.

Ms. Temple joined the Ventura County District Attorney's Office in 1997 and spent the early part of her career handling a variety of misdemeanor cases, including driving under the influence, batteries, and petty thefts. In 1998, Ms. Temple was assigned to the Major Crimes Unit and spent ten years prosecuting dozens of defendants for a wide variety of homicide cases. She successfully convicted defendants charged with murders involving sexual assault, domestic violence, and multiple victims obtaining four death penalty sentences and life sentences for all other murder defendants.

In 2009, Ms. Temple earned her master of law in prosecutorial science from Chapman University School of Law, where her master's thesis focused on death penalty litigation. An abstract of her thesis, Decisions of Death and Jurisprudence, was published in the California Bar Association's Criminal Law Journal.

In 2011, Ms. Temple was appointed to serve as chief deputy district attorney of Special Prosecutions. Cheryl was reappointed to this assignment in 2018 after an extended time away to raise her two children. In this role, she oversaw a wide variety of white-collar and fraud-based offenses as well as consumer and environmental protection cases.

Ms. Temple was appointed as Chief Assistant District Attorney in August 2019. She is second in charge in the office and oversees the day-to-day operations. She is also the Ventura County member of the multi-county team of prosecutors who are prosecuting the Golden State Killer, Joseph DeAngelo. 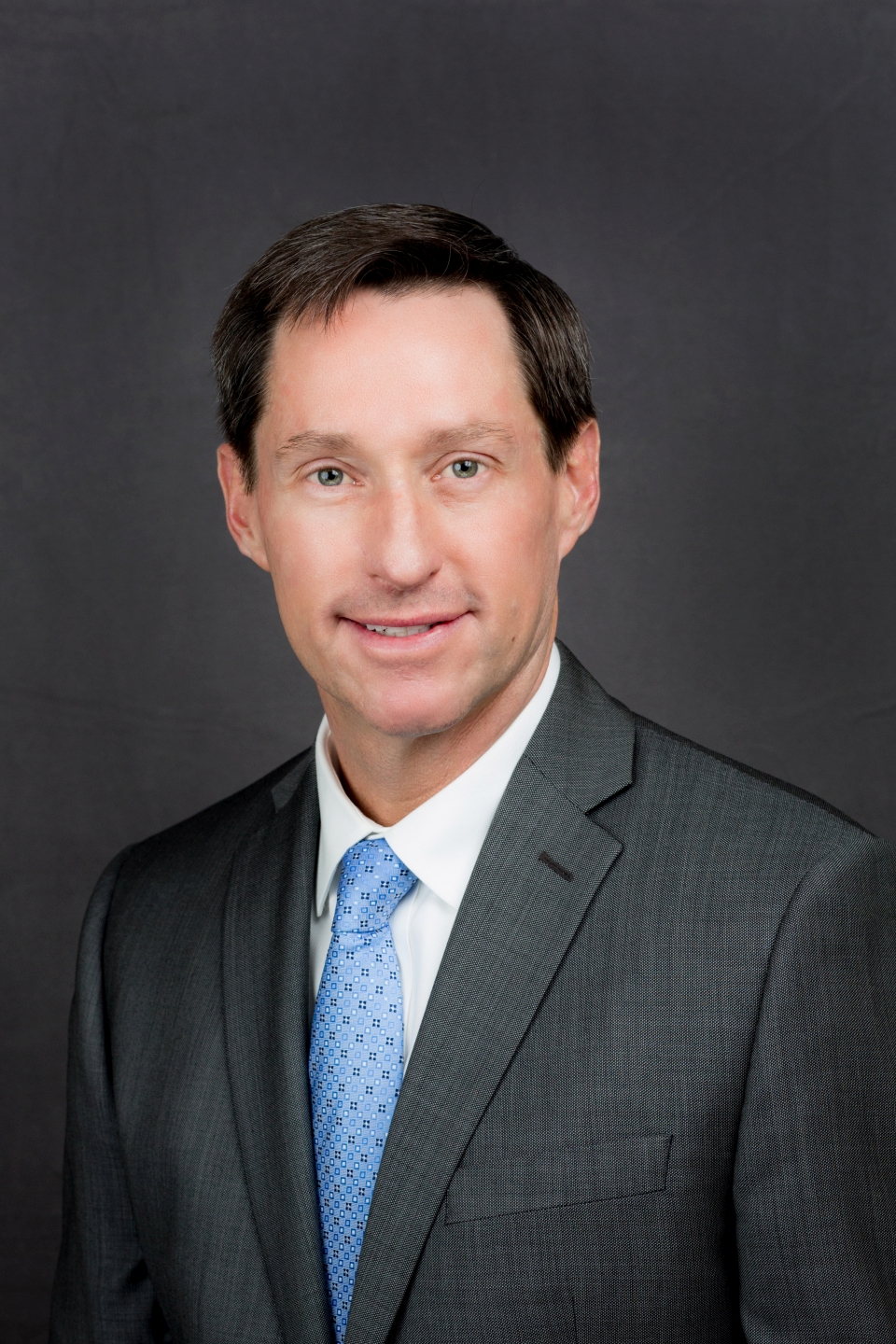 Kevin Drescher is a sixth-generation Californian, born and raised in Ventura. Mr. Drescher received his Bachelor of Arts degree in History and Thematic Minor in "Mexico Today" from Colorado College in 1991. At Colorado College he was a two-time Team Captain and MVP of the Varsity Baseball Team. In 1994, he received his Juris Doctorate from Pepperdine University School of Law and was admitted to the California State Bar. He was subsequently admitted to the Colorado State Bar in 1997.

Mr. Drescher joined the Ventura County District Attorney's Office in 1994 and has been assigned to misdemeanors; domestic violence cases; writs, appeals and training; homicides; general felonies, serious and violent felonies and auto insurance fraud. Mr. Drescher handled and tried some of the most serious cases in the office, from capital murder to vehicular manslaughter. In 2000, he was promoted to the position of Senior Attorney. In April 2008, Mr. Drescher was promoted to Supervising Senior Deputy District Attorney. He has supervised the Major Fraud Unit, the General Felony Unit, and the Court Operations Unit. 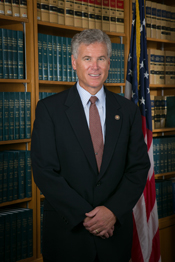 Mr. Frawley earned a bachelor's degree from the University of Notre Dame in 1982. Following graduation, he joined the Holy Cross Associates as a volunteer for one year and worked in Oakland, California, providing legal assistance to the indigent. In 1987, Mr. Frawley earned a law degree from McGeorge School of Law and joined the Ventura County District Attorney's Office. He prosecuted a variety of misdemeanor offenses and completed special assignments in domestic violence. During this time, he also worked as a crisis line counselor at the Rape and Sexual Abuse Center of Ventura County. 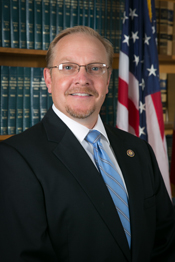 Charles Hughes earned his bachelor's degree in sociology from UCLA in 1988 and his juris doctorate from the UCLA School of Law in 1991. He was admitted to the California State Bar in December 1991. 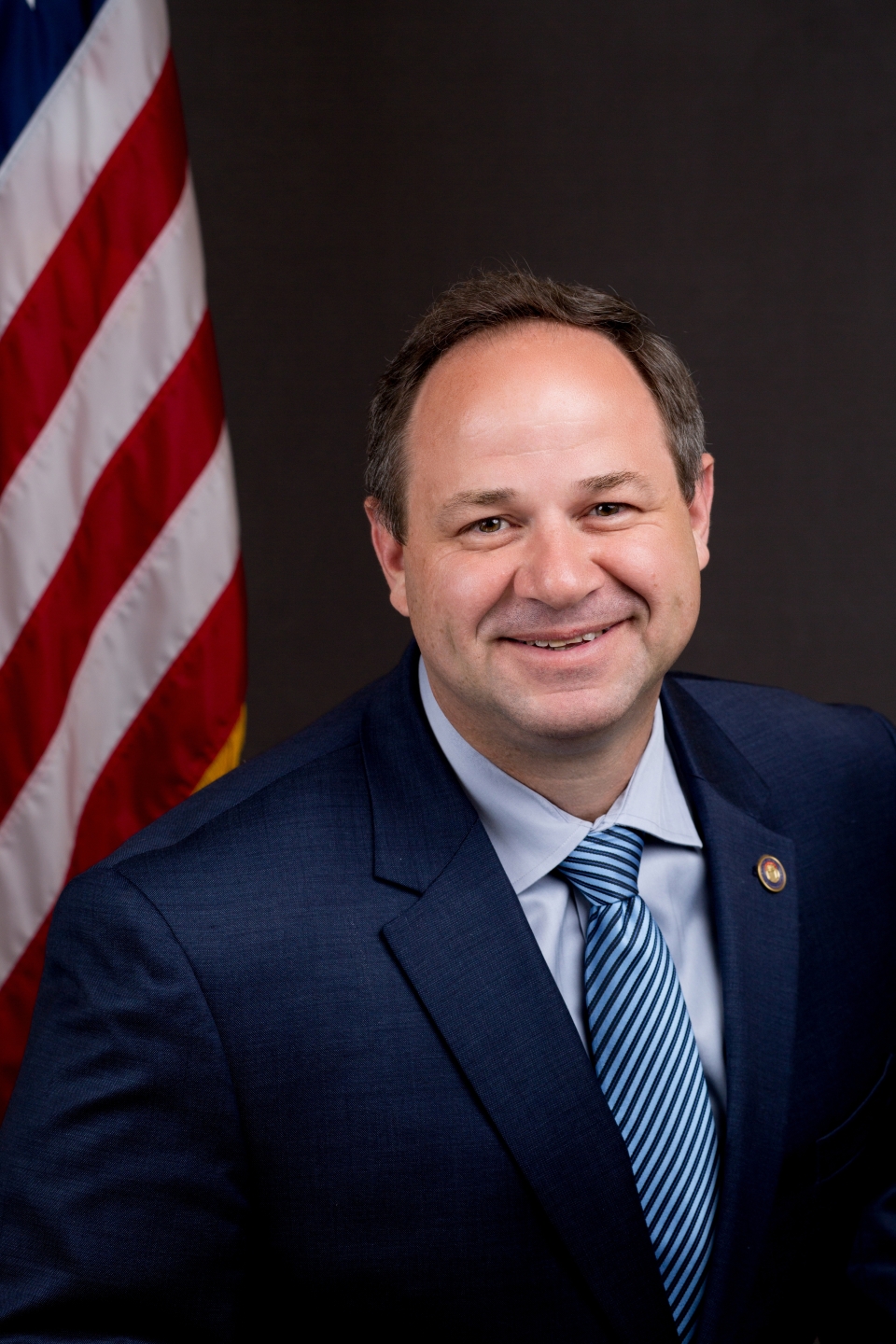 In 2000, Mr. Jump joined the District Attorney's Office as a grant writer, securing tens of millions of dollars in competitive grants for the District Attorney's Office and helping to establish the Safe Harbor multidisciplinary interview centers, which provide trauma-informed forensic medico-legal exams to sexual assault and child abuse victims. In 2003, Mr. Jump was sworn in as a deputy district attorney and served as a trial prosecutor conducting numerous preliminary hearings and numerous misdemeanor, felony, and serious and violent felony trials.

Mr. Jump served as director of the office's Fiscal, Administrative and Legislative Services operations from 2006 to 2015, combining his legal and administrative skills to manage the District Attorney's budgetary, contractual, human resources, personnel, facilities, and legislative matters.

Mr. Jump was appointed chief deputy district attorney of Victim and Community Services in 2015. In this role, Mr. Jump is leading the development of the first-ever Family Justice Center in Ventura County and overseeing the Office's Crime Victim's Assistance Program, the Safe Harbor multidisciplinary interview centers, and Camp HOPE, which collectively provide nearly 20,000 services to crime victims each year. The Family Justice Center will be a multi-agency partnership between local government and community-based organizations integrating services at one location for victims of domestic violence, sexual assault, child abuse, elder abuse, dependent adult abuse and human trafficking.

Mr. Jump currently serves as a board member of the California Crime Victim's Assistance Association, is chair of numerous local committees, and is a member of the Community Corrections Partnership–Ventura County, representing victims' rights and interests. 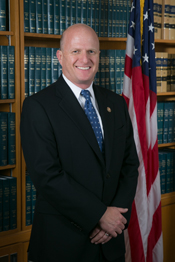 As a trial attorney, Mr. Weiss prosecuted a variety of cases, including DUI, general felonies, violent sex crimes and gang crimes. As a senior deputy district attorney, Mr. Weiss has served as supervisor of the Sexual Assault / Family Protection Unit and the Juvenile Prosecution Unit. He has also been assigned to the Major Crimes Unit where he tried several homicide cases.

At the direction of the district attorney in 2005, Mr. Weiss implemented Ventura County's Real Estate Fraud Prosecution Program. This program serves as a statewide model and has received grants totaling more than $2 million to combat real estate fraud on behalf of victims. Mr. Weiss is a founding member of the Real Estate Fraud Advisory Team (REFAT), a non-profit group of industry professionals that collaborates to reduce real estate fraud in their communities. 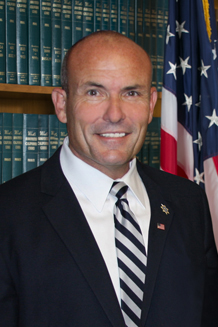 Chief Mike Baray is a 31-year veteran of law enforcement. Prior to his appointment as District Attorney Chief Investigator in September 2013, he served as Chief of Police of the Murrieta Police Department in Murrieta, California. Chief Baray was with the Murrieta Police Department since its inception in 1992 and was the first police chief appointed from within the department's ranks.

Chief Baray has more than a decade of law enforcement management experience, having held the rank of captain, lieutenant, and sergeant before becoming chief of police.

Chief Baray also has extensive investigative experience, having been assigned to the Career Criminal Violent Offender Surveillance Unit and the Homicide Bureau in Long Beach, California, where he investigated numerous homicides, gang crimes, and narcotics offenses.

In addition, Chief Baray has investigated crimes against persons, property crimes, officer-involved shooting incidents, and sex offender registration compliance. He was a member of the S.W.A.T. Team in both Long Beach and Murrieta.